Personal and collective safety is fundamental to the livability of our city. It begins with the basic public health elements of safe drinking water, waste management, disease control, well maintained, accessible streets, sidewalks, public buildings, and the maintenance of physical order.

The City of Kamloops strives to maintain its safety record and visitors often comment on the cleanliness of the city’s streets and the friendliness of its residents. Kamloops places a high value on connecting communities; a place where neighbours know each other, building a sense of belonging and trust.

The City of Kamloops works with a wide array of organizations, agencies, and community interest groups to collectively ensure our community’s safety. 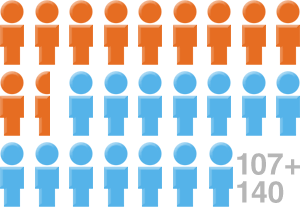 The Royal Canadian Mounted Police (RCMP) provides policing services in Kamloops, with 136 members and one Community Policing office and a bike/foot patrol. The Kamloops RCMP was the first in Canada to implement drug free zones around high schools, a program now offered across the country. Kamloops also has an anonymous Crime Stoppers program, and a Customer Care and Patrol team that provides a variety of services such as welcoming tourists, safety patrols, supporting local events, and assisting with rescue efforts.

City of Kamloops Community Safety brings together provincial and municipal governments, law enforcement agencies, community groups, the business sector and social agencies to ensure Kamloops remains a place where we are all free to live, work, and thrive.

Citizens on Patrol: Citizens on Patrol (COP) volunteers work in pairs and act as additional eyes and ears for the police. They patrol their community and observe and report suspicious occurrences to Kamloops RCMP. COP members are also involved in the identification and recovery of stolen vehicles through information supplied by the Insurance Corporation of B.C. (ICBC) and the RCMP.