The Venture Kamloops Business Development Society was established in September 2004 as the economic development office for the City of Kamloops. It is governed by an eleven-member Board of Directors, which includes two City councillors, two City officials and Ex Officio Members. Members serve for a 5-year term and they are empowered to respond quickly to new opportunities which facilitate the undertaking of new initiatives and the attracting of financial involvement from other levels of government and/or the private sector.

Brant has been a financial advisor with Edward Jones Investments in Kamloops for 20 plus years. He has also served in and for the community with various organizations including the Kamloops Chamber of Commerce, BC Chamber of Commerce, and Rotary, as well as various task forces for the city and TRU." Brant and his wife Shelley enjoy a lot of travel, camping, and spending time with their kids, and grandkids. 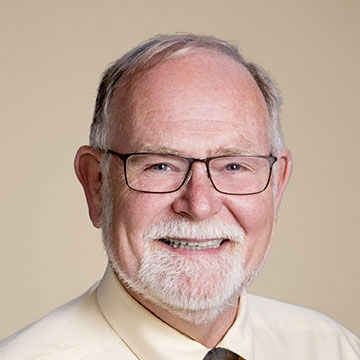 Tom Dickinson is a native of Toronto and a graduate of Queen’s University, the University of Calgary, and the University of Pennsylvania. He is a biologist with a specialization in ecology. Tom came to Kamloops in 1989 to be part of the growth of Thompson Rivers University. Over his career at Tom has taught and done academic research, and established a technology centre that connected the community to the university’s physical, human, and intellectual resources. Today he is the Dean of Science at TRU and remains active in the community on several Boards of Directors and Land-use Planning roundtables. 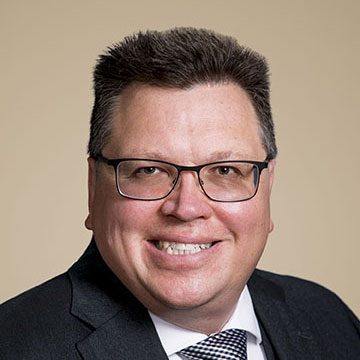 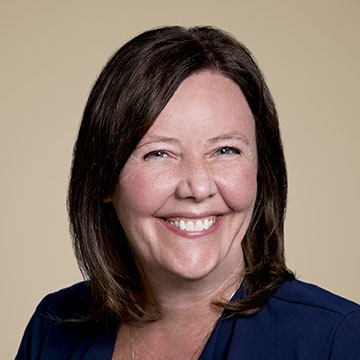 Lana is the Vice President Business Banking for the Bank of Montreal. She has been part of the Kamloops community for the past four years. She has been in the Financial Industry for 25+ years. She has a focus of assisting business to sustainable growth. She has experience on various boards and writing governance policy.

Matt was born in Vancouver and moved to Kamloops in 2004 to be closer to his family. He has been in the finance industry in Kamloops for the past fourteen years working at a variety of positions in retail and commercial banking. For the past four years, Matt has worked at a senior level in Valley First’s Commercial Banking specializing in construction/development and hospitality financing. He has served on a number of local boards, most recently as the Past President of the Rotary Club of Kamloops and a Director of Western Canada Theatre (2014 – 2017). Matt enjoys giving back to his Kamloops community through local hands-on Rotary projects and work initiatives that target food insecurity and help our local Food Bank. 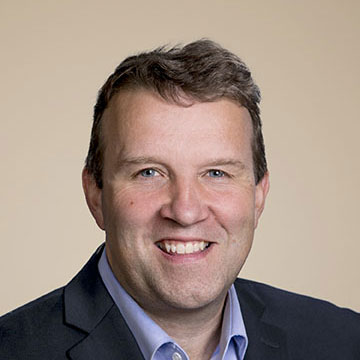 Ryan is the President of Triton Environmental Consultants Ltd., a firm with offices across western Canada that helps industrial clients complete baseline environmental impact assessments, obtain permits for their projects, and meet their environmental commitments during the construction phase of their projects. Ryan is a Registered Professional Biologist, and has spent the last nine years growing and managing the business with a focus on building strong relationships with clients, partnering firms and First Nation communities. In addition to being a Director at Triton for over 12 years, Ryan has served as a director for the Rotary Club of Kamloops and Project X Theatre. 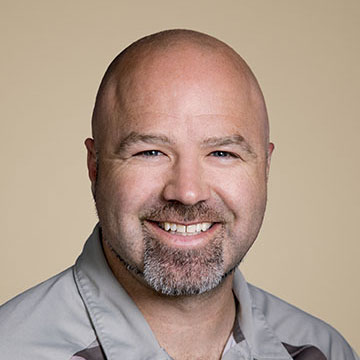 Jason is President and CEO of Acres Group of Companies providing strategic direction, forward-thinking and leadership to his team in identifying and building new business opportunities. Jason is an advocate of continuous improvements, encouraging his team to leverage new technologies, to challenge the status quo, backed by a culture of loyalty and positive teamwork. Jason was the 2014 recipient of TRU’s Distinguished Alumni Professional Achievement Award and the Kamloops Chamber of Commerce 2015 recipient for Business Person of the Year Award. He is active with local community and industry organizations, including SICA, United Way and TRU. 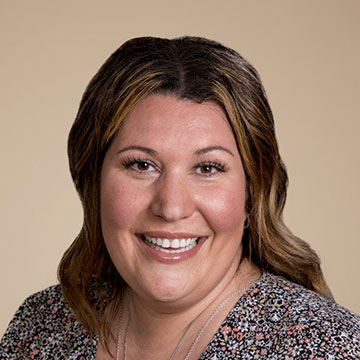 Maeghan Summers a graduate from TRU is celebrating 25 years in hospitality with a focus on Entrepreneurship and Restaurant Leadership. Maeghan is the Operations Manager of Forno On 5th and The Noble Pig Brewhouse located in the heart of downtown Kamloops. Both locations have multiple accolades and awards for quality food, beverage and service. “My goal as a leader in hospitality is to grow and encourage the next generations all while sharing a quality experience with guests that elevates the dining experience in Kamloops.” 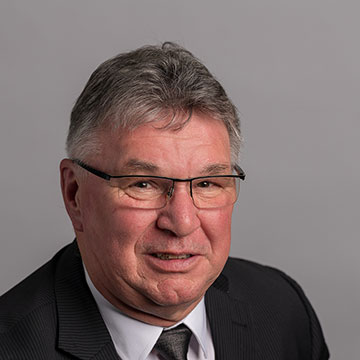 Dieter was born in Germany and raised in Kitimat, BC where he completed his primary and secondary education. He met his wife Deb Kellogg, who grew up in Kamloops, in Victoria and has been married for 34+ years. Dieter spent a number of years in retail and wholesale management primarily with Woolco. He spent 13 years in the financial services industry, both in sales and management, and lastly with the local Greyhound agency as Operations Manager.

Dieter’s passion for sustainability led him successfully established an organic vegetable farm and business. He has since become involved with agriculture and food security, sat on the local farmers’ market, the Sun Peaks Farmers’ Market board, was President of the BC Association of Farmers’ Markets, and past Director with The Certified Organic Association of BC. Dieter was one of the original members of the steering committee that founded Gardengate and a committee member on the Agricultural Advisory Committee which helped to develop the Kamloops Agricultural Plan. Dieter is currently a Director with Farm2Chef and continues to be passionate about food security, economic diversity and fiscal responsibility. He was also a former Director with the Kamloops Voter’s Society. 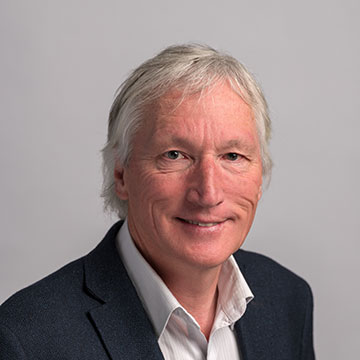 Denis has lived in Kamloops since 1980 and has raised his family here. He is an active local business person involved in the MovieMart downtown and Crossroads Inn.

Denis has served as a director on the boards of the original North Shore Business Association and more recently, the Kamloops Film Society, Kamloops Central Business Improvement Association, and Kamloops Society for Community Living. He was an co-organizer of the Kamloops Speaker Series and Community Representative for Thompson Rivers University Faculty Association Human Rights Committee. Denis was awarded a Kamloops Community YMCA-YWCA Peacemaker Award in 2006.

His main areas of concern are economic stability, quality of life, improving community input and environmental stewardship. Denis believes benefit comes from working together with people of all points of view. 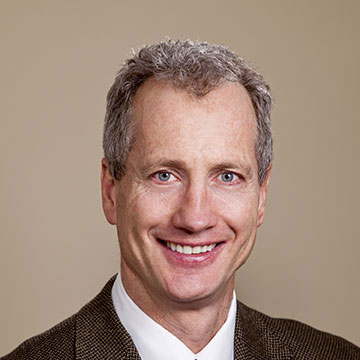 David holds a B.A. degree in Geography and Economics and a Masters degree in Urban and Regional Planning. He joined the City of Kamloops in 2003 as the Director of Development and Engineering Services and was appointed as the City’s Chief Administrative Officer in 2012. His philosophy of collaboration has become well known over his time working with the building and business industries. 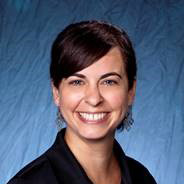 Sarah Candido, External Relations Liaison with the City of Kamloops, is currently responsible for the City’s external relationships with Venture Kamloops, Kamloops Airport, Kamloops’ BIA’s, the Chamber of Commerce, Tourism Kamloops, TNRD Film Commission, Kamloops Innovation, and other valued partners and businesses in the community. She has a BA in Economics and Management from TRU, as well as many post-secondary certifications. Sarah has over 20 years of experience in the public and private sector, most recently including over 9 years with Tk’emlups te Secwepemc in their Community Services department, and with the School of Business and Economics at TRU. She has many years of Board experience, most recently Community Futures Thompson Country and Secwepemc Child and Family Services, and is passionate about serving the community in a collaborative and transparent way.

Did you know? In 2018, Kamloops was identified as one of only four BC markets where homes for sale align with local earnings.